Bobby Bajram was like any other thirteen-year-old kid growing up in Melbourne. He loved footy, dreamed of playing on the MCG, winning premierships and being awarded Brownlow medals. It would all change after a trip to the supermarket. Walking through the fruit and vegetable aisle.

Bobby stumbled and fell. Bobby awoke in the St Mary’s Ward of Melbourne’s St Vincent’s Hospital. A series of tests including MRI scans in Sydney revealed lesions on Bobby’s brain and spine. Combined with a sudden loss of sight, it was confirmation of MS. Bobby was the youngest person ever to be diagnosed with MS.


“One day I’m going to walk to the top of the world and see the blue sky.”

Sitting in his ward on the 6th floor of St Vincent’s Hospital, 13 year old Bobby made a commitment to himself, “I thought, stuff this. One day I’m going to walk to the top of the world and see the blue sky. It just came to me. Almost a divine moment.”

It would take many years for Bobby to set into action a plan to bring this promise to life. Hard times and poor diet saw Bobby gain weight until, at age 42, he thought once more of the promise he’d made all those years ago, “I weighed 142 kilograms and I walked into a Fitness First and told them I wanted to reach the peak of Everest.”


Ten years of training later and Bobby is moving towards that goal. But it’s not without constant challenge. Bobby’s MS can strike at any time, leaving him almost immobile. In fact, on average, Bobby spends anywhere from four to six months wheel chair bound each year. This makes his quest to scale Everest even more perilous.


It was TV personality, Todd Sampson who suggested Bobby attempt the ‘Himalayan Triple’ before trying Everest. This saw Bobby cover a gruelling 148 kilometres up-hill, culminating in him reaching the summit of Mount East Lobushe. Bobby achieved this milestone in 23 days and was the first person with a disability to ever complete the triple. However, the trek wasn’t without incident. Just 400 metres from the summit of Mount east Lobushe, Bobby’s body shut down. He lay on the ground unable to move, “I’d been at it for 23 days and I was nearly at the top,” Bobby explains, “but I just couldn’t move.”


It was my expedition leader who said to me, ‘Bobby, you’re one of the few extreme athletes with a disability on this planet! You’re 400 metres from the summit and this is when you need to show the world that you are that athlete. Suck it up.’ So, I got on hands and knees and crawled, fighting pain and disorientation, to make it to the summit. “It’s not just about MS. I want to inspire all people with a disability.”

Bobby’s MS hits with devastating results and a frightening regularity. So, overcoming MS has obviously been a huge focus for Bobby. However, it doesn’t mean that he’s only looking to inspire those with the same condition as him, “When I tackle Everest in 2021, I’m doing this for people with all disabilities,” he explains, “it’s not MS specific. One in seven people has a disability. One billion out of the seven billion people on this earth have some form of disability so I’m going to give Everest a crack because everybody has their own Mount Everest.”


With this in mind, Bobby hopes his message can be heard even by those with no disability, “I say to people, even if you haven’t got a disability, move your body. Put a pair of runners on and go for a walk or go for a run or get into a gym.” He smiles, “If you do your best, you’re on your way…”


In 2021 when Bobby Bajram begins his ascent of Everest, we’ll be watching, inspired like the rest of the world. 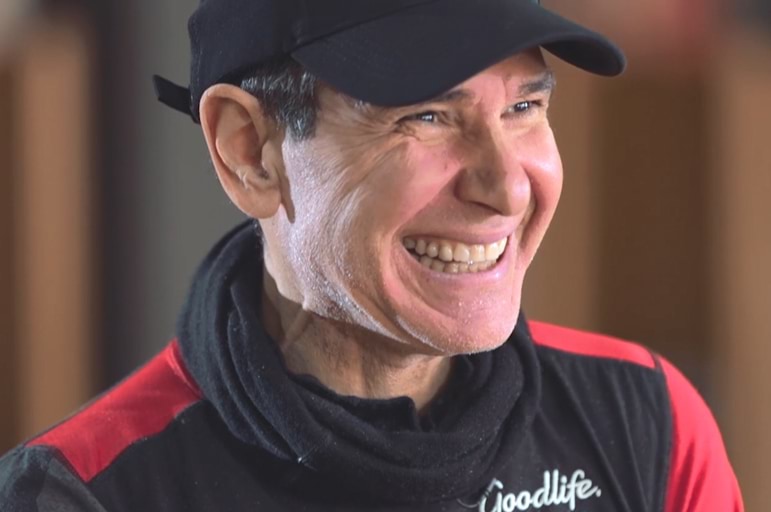