If you ever needed proof that sometimes you just need to get up and get on with things, Olivia Sayers’ drive and determination serves as a rather compelling example. Olivia has never been one to let the fact that she has Down Syndrome slow her down, as evidenced by her list of sporting achievements – which began at a very young age – and her continued, vigorous schedule of training.

“I was really happy to get medals because I love being on stage. It’s one of my favourite things.”

Olivia was always a swimmer and, when she was eight years old, was identified by talent scouts. At her first big event, she got a taste for winning, the podium and medals. Having experienced the feeling of performing on the big stage, it became a motivator that would see her achieve incredible things in the pool, competing in five Down Syndrome World Swimming Championships and – at one point – holding fifteen world records.

“I now do dancing, swimming, skiing and tennis and I definitely inspire myself to get a personal best.”

Having such a stellar career in the pool, Olivia could be forgiven for making swimming her sole focus or indeed, hanging up the bathers and goggles and retiring from competition altogether. Instead, she turned her attention to skiing. An avid skier since the age of three, Olivia had always shown great promise so she now looked to perform at the highest level, competing in both the INAS Paralympic Games in Erzurum, Turkey in 2012 and the World Winter Games in Schladming, Austria in 2017.

While Olivia is now focused on competitive skiing, swimming still forms a part of her training regime. In addition she participates in personal training sessions in the gym twice a week, along with tennis and dancing. In fact, as a dancer, Olivia is part of a group called e.motion21 – it’s just another feather in her cap!

What’s next for Olivia? She has her sights set on the next World Winter Games where she hopes to again don the green and gold to represent Australia at the highest level. In the meantime, it’s a packed training schedule, balanced with a full-time job.

In spite of her achievements, Olivia remains humble and credits so much of her success to the support of those around her. She also hopes that her achievements will inspire others.

“I always want to inspire a lot of people and when people have Down Syndrome, just like me, it is nice for them just to follow their dreams and that is, whatever you can do, just do it. Don’t keep holding back. Just go out there and show them, you can do whatever you want to do…” 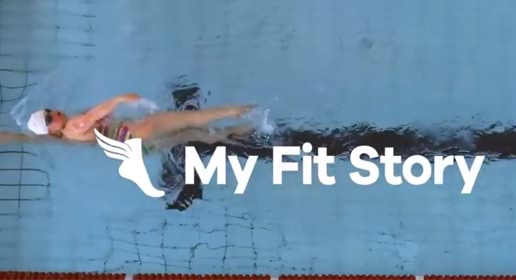